As if Im not busy enough…I decided to run recently in our local Tribal elections. I know,I know…most of you are probably thinking is she nuts?!? I don’t know how many times I have been questioned by other woman on whether or not I have enough time to do it. For the most part, the support I received was actually surprising. Little did I know that being on the front page of our newspaper would have people I know well, not well, or not at all coming up to me days following the article. 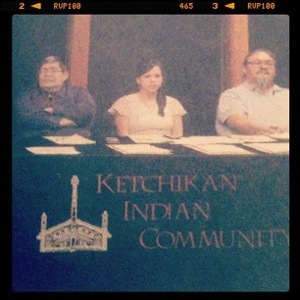 To be honest, I didn’t think my decision to run for the Advisory Health Board was such a big deal. I soon found out, I was greatly mistaken…

I showed up to the open forum for the candidates completely nervous! Feelings of incompetency wrecking any confidence and worst, completely unsure of what I was walking into. Let me back up, right before the open forum I heard the rumor mill of some things that took place at the last Tribal Council meeting. Which left me wondering if I had what it took to fulfill the job being asked. I prayed profusely as I watched the microphone go from one candidate to the other…Im sure I was probably muttering prayers loud enough for the person sitting next me to hear…when the moment came I decided to stand up and speak. I said what was on my heart, spoke as clear as possibly, and quickly sat down with peace. If you were to ask me what I said, I barely recall, and can only say that the Holy Spirit guided my thoughts and mind. Which was affirmed when an elder stood up to thank the candidates and surprisingly singled me out and told the elders they needed to stand behind me, that I was the very change needing to happen…um, wow, Im sure my face showed my complete shock!

Well, last monday I was sworn in at the Tribal Council meeting…yes I won!!! With what I am told an overwhelming support from the KIC community, young and old. I was approached by faces I have not ever seen, greeted with a hand shake and then told by one elder, “so YOU are the one we all voted for”

As I stood there, right hand in the air, standing straight and tall, hoping that all the old and respected faces of the elders would take me seriously. They have watched Tribal Council & Health Advisory Board members come and go through the years, watched our people silenced when concrete needs were addressed regarding the substandard care at the clinic, and sadly had to personally experience the neglect in their health and physical needs. I all of sudden felt tears well up in my eyes, I was completely taken over by all the emotions I felt when we were plagued with the political side of attempting to receive adequate care for Ezzy, and the countless roadblocks throw at us from the administration, clinic staff, and council.

Dont get me wrong, I am not on a vendetta. I have seen what that can do…and am worried when those people get elected. I am here, in hopes that I will be the voice of those families and individuals who don’t know their rights or have been silenced.

When I spoke those words, “I solemnly swear to protect and advocate” I meant it with every fiber of my being. Especially the word “unbias”

After sitting through my very first meeting as an elected member last night, I still am wondering what this year has in store. I soon realized the issues I have seen are just a small part of the big picture. Im learning that I will need to start developing a thicker skin, but in a way that doesn’t leave me jaded. So when it comes to it, I will continually ask God to tell me how to serve, how to honor Him in this new role that He has given me, and trust that whatever Im suppose to learn from my stint on the Health Board, that ultimately its part of how God is shaping me

I will leave you with this excerpt from the book, “Roberts Rules of Order” which I have an inkling I need to start studying soon for the storm that is brewing