There is something about your mid 30s.

The fear that came around “the 30s”. Happened when we stood with Dr. Death, as he gave us the cliff note version of Cystic Fibrosis. We were standing on opposite sides of Ezzy’s hospital bed. I had just celebrated her very first feeding from my body, something that the doctors said I would never experience. “Lucky to reach her 30s”, that rang through my head and continued to haunt me as I aged.

I will admit, it forced me to go down the crazy train in my late 20s. I was 26 when I was given that picture of no hope of aging for my newborn baby girl.

The performer, the perfectionist, the achiever in me when into autopilot. Something that God had broken in me just a few years prior.

If I couldn’t control my baby’s future, then I was going to do everything I could to control my daily life and its surroundings.

I started running half marathons. I strived, I trained, I reached goals, never ever feeling enough though.

I put distance between myself and friends. If they were achieving things that I wished I could, then I put up walls. If they weren’t daily dealing with the prospect of losing a child (which none of them were) then I couldn’t handle being around them and their healthy kids. I couldn’t handle feeling like a failure in their presence. I was a slave to comparison. Denying that somewhere deep down, they were doing the same.

ON REPEAT. EVERY DAY.

Then something happened in my 30s.

I somehow in my mess of trying to figure myself out, found myself smack dab in the most beautiful village. A village of fierce woman, who in their failures and success, carved a space for a broken hurt soul. They love me. In ALL MY STUFF.

The other day my husband lingered too long as he hugged me goodbye for work. I looked up at him and asked him what he was doing. His reply, “counting your grey hair”…

Today I woke up to my workout alarm, set for 5:14 am, like it is every M-F. But today I turned it off, grabbed my face mask and told myself, “its ok, go back to sleep, you have nothing to prove”. This summer, unlike the last 7 summers, I haven’t even reached my usual miles. I am slower then I was when I first started training for halfs. I put on a few extra pounds this summer too. Why? Because I was too busy staying up late with my husband having late night couch dates, because I hit the dismiss button too many mornings. Because I enjoyed way to many good meals with friends and family. Because I am learning that this is the only body God gave me and I need to thank him, by not depriving it.

I opened presents that made tears form, tight hugs to be given and honestly they just made my heart explode. 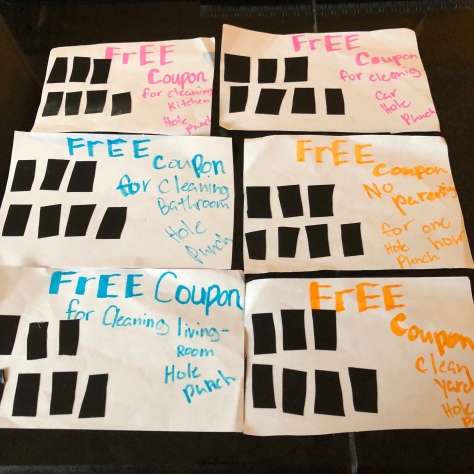 I now drink the same tea my mom drank as she was raising us in her 30s, and yes I am so excited to get my own collection of ceramic figurines I remember playing with as a child 😂

34 its going to be a good year. I am not going to fear age any longer. Aging has brought wisdom, discernment, an amazing village, deeper love for my spouse, awareness of higher callings, peace and contentment. I am not afraid of growing old. I don’t know the future for my baby girl that isn’t promised these years, but I hope that as she embraces her journey and sees a mother that isn’t bound by fears, but instead one that is embracing life as it comes. 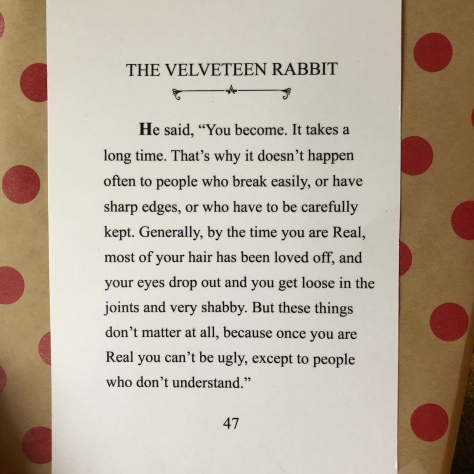 6 thoughts on “You Become”